“Cake Boss” centers around Buddy Valastro’s bakery, Carlo’s City Hall Bake Shop in Hoboken, N.J. In the episode “Freaks, Fast Food & Frightened Frankie,” which originally aired on Nov. 30, 2009, Valastro and his crew designed a cake for the Coney Island Circus Sideshow, using Roberts’ paintings as part of the design. The designs were printed on edible paper and then pasted onto a specialty food item and cut out. When Roberts received a call asking permission for her pictures to be used on the show, she allowed it even though she had never heard of the show.

“I don’t have cable; I didn’t know what ‘Cake Boss’ was,” said Roberts. “Only after the episode aired, and Amusing the Zillion (a former carnival performer) did a blog on me, did I get an inkling of just how popular the show is.”

A Sideshow Cake on Cake Boss 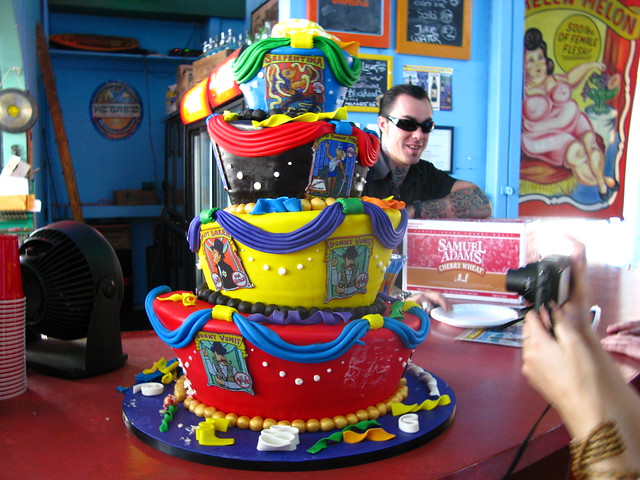 Watch “Freaks, Fast Food & Frightened Frankie” and see how the Cake Boss made the the Sideshow Cake